Look of the Day: Moonage Daydream

If you read my last post, you'll know that I was pretty shaken by the news of David Bowie's passing. While I grew up being familiar with his most popular hits, it was in my late teens and early 20s that I really delved into his records, became mesmerized by his music videos, and learned more about him as a person. I was kind of a goth-hippy hybrid in high school, sporting blue eye shadow and red lips to class on the regular, so I instantly connected with Bowie's bold, fearless style. His music was undoubtedly catchy and classic, but there was something in the artistic, unique way he performed and embodied it that made him stand out as a special, otherworldly soul. He was a beautiful combination of brilliant and bizarre; he was edgy and rebellious, yet warm and comedic. The more I watched and listened, the more I loved him. I was lucky enough to see him in concert about 10 years ago with my friend Courtney (the biggest Bowie fan I know), which, to this day, is one of the top three shows I've ever been to. And now that he is gone, that experience takes a more profound space in my memory. 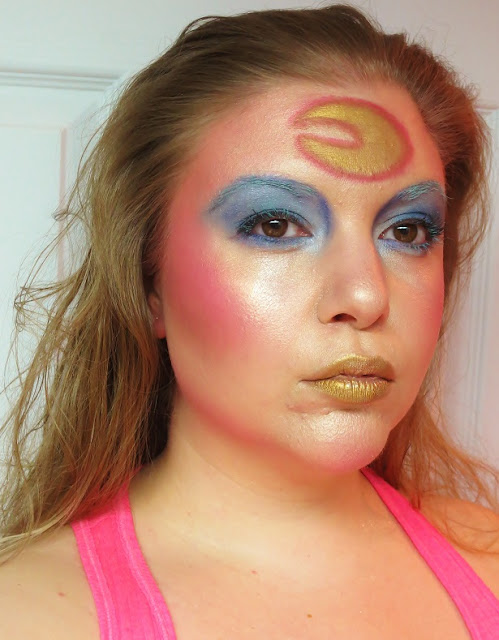 I have been wanting to do a Bowie-inspired makeup look on the blog for years. It is such a shame that it took his passing to finally spurn me to do it, but I'm thrilled that I can share one with you now! I didn't want to re-create a singular, iconic look of his; instead I chose to create my own take by melding two of my favourites. The red geisha-like contour, gold lips, and celestial marking are all Ziggy Stardust (though I painted on a moon, rather than an orb, in honour of my favourite Bowie song, Moonage Daydream) and the bold blue eyes are a nod to his stunning makeup in the Life on Mars? video. 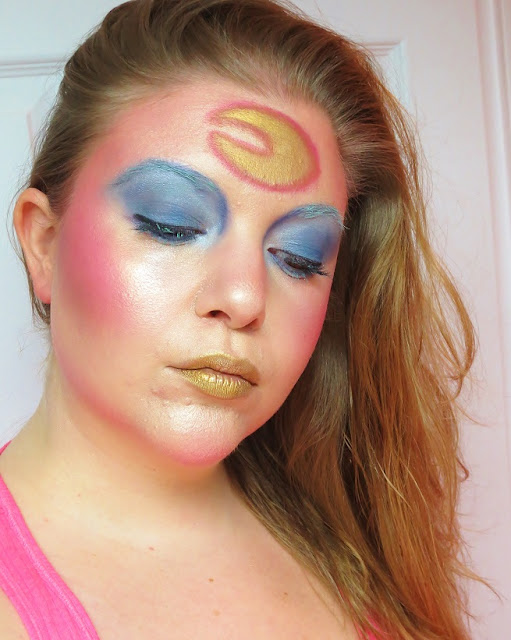 Early '70s Bowie was all about an ultra fair complexion- since I didn't have any super white foundations, I decided to mix my Make Up For Ever Ultra HD foundation with a bit of MAC Pigment in Lily White (a champagne white metallic) to lighten the base and add some extraterrestrial glow. I set the foundation with MAC Mineralize Skinfinish in Lightscapade to create a smooth texture without blotting down any of the sheen on the skin. Ziggy Stardust was also a proponent of a serious contour, so I made sure my cheeks were bold and chiseled. I first applied Kevyn Aucoin's Sculpting Powder in Medium underneath my cheekbones for some deep definition, then went in with a few varying shades of red and hot pink blush (NARS Matte Multiple in Siam, MAC Matte Blush in Frankly Scarlet, and Make Up For Ever Star Powder Shade #951) to further sculpt the face. I brought the red contour up to the temples and the tops of my brows for the geisha-like effect that was central to the Ziggy Stardust look. 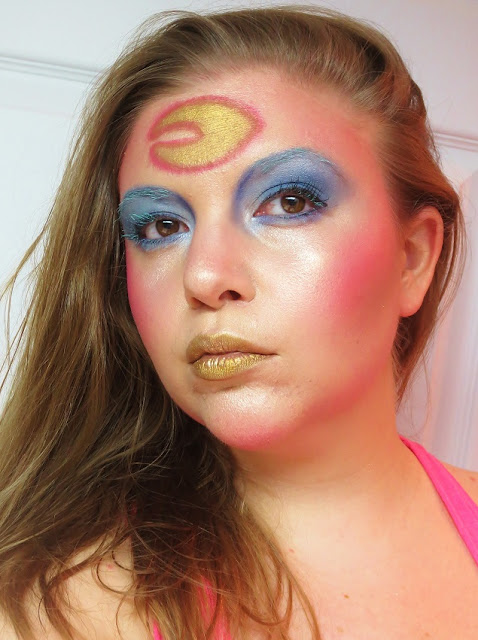 For the eyes, I started by packing Illamasqua Powder Eye Shadow in Sadist all over the lid, blending up to and covering the brows. To deepen and add dimension to the blue shade, I layered Sadist with the bold jewel blue shadow from Marc Jacobs The Siren palette, also lining my lower lash line with the shade. I applied the MJ blue especially deeply along the inner corners of my brows and the bridge of my nose for some extra shading. I also applied a mix of the white and seafoam shades from The Siren palette on my inner corners and brow bones as a highlight and mixed the turquoise and sky blue shades from NARS Duo Eyeshadow in South Pacific in the crease for even more variation. I lined my lower lash line with Chanel's Style Yeux Waterproof Long Lasting Eyeliner in Bleu Exquis (a navy with incredible staying power) and my upper lash line with Make Up For Ever's Aqua Eyes Waterproof Eyeliner Pencil in OL. For lashes, I first applied a generous coat of black mascara, then topped it with Chanel's Inimitable Waterproof Mascara in Lime Light (an amazing pale mint green). And since Bowie's brows are invisible in the Life on Mars? video, I also brushed my brows with Lime Light to copy the effect! The final touch on the eyes was a dusting of Lily White Pigment underneath the eyes for a glimmering tear-like effect. What a glamorous way to show I'm in mourning ;) 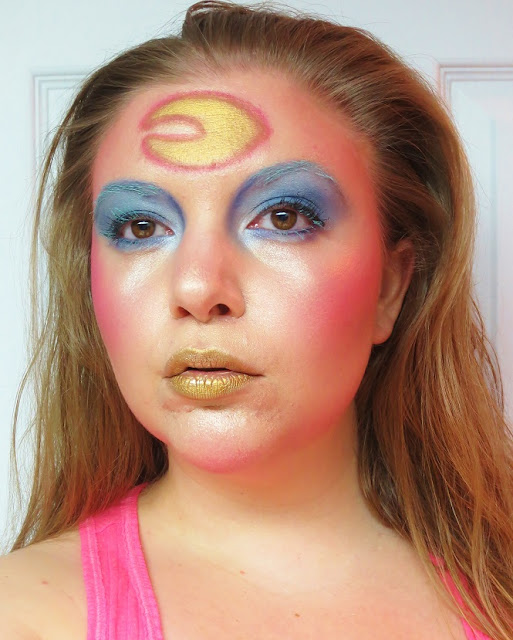 Lastly, we have some ultra alien golden touches. Couldn't channel the Starman without them! The metallic gold on both my lips and forehead come courtesy of the Marc Jacobs Night Owl palette (such a perfect shade!) and the moon was defined with a mix of two lip liners- Obsessive Compulsive Cosmetics Colour Cosmetic Pencil in Anime and Annabelle Stay-Sharp Waterproof Lipliner in Java- and voila! My completed Bowie look! 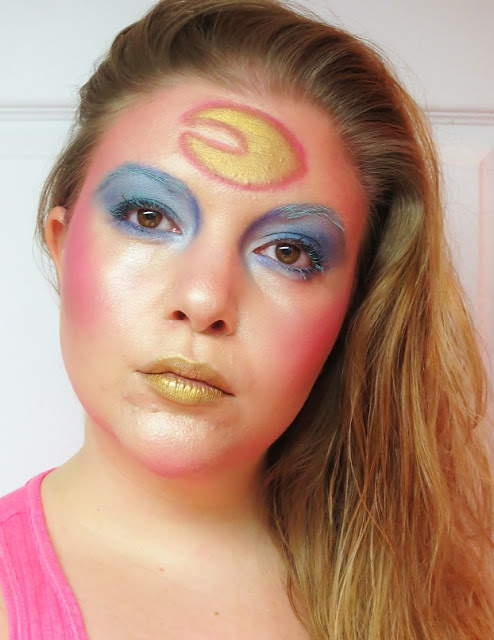 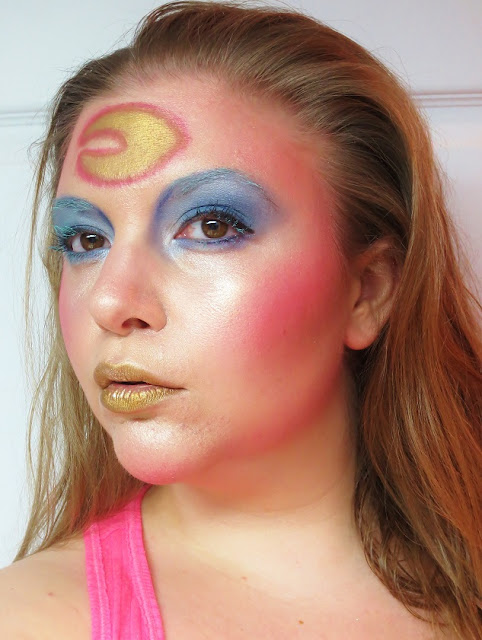 While this was definitely more of an editorial look, I also created more of a wearable Bowie-inspired  makeup look Wednesday night when I went to the Holy Holy David Bowie tribute concert with Kaitlyn (which was such a magical experience!). That look was all about shades of blue under the eyes and a bold, blue lip thanks to OCC Lip Tar in Technopagan. Here are a couple shots of that look: 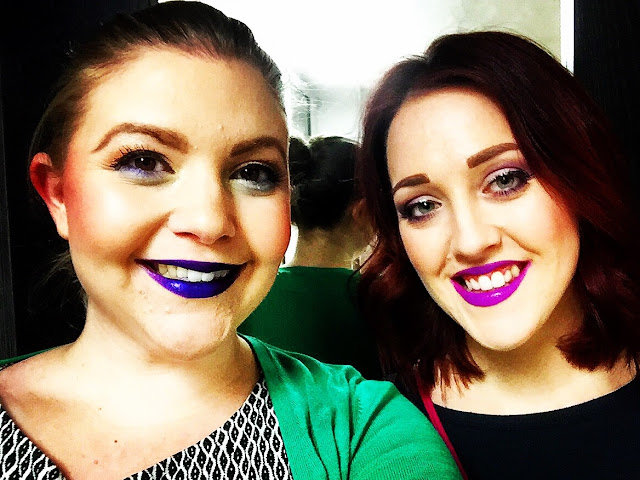 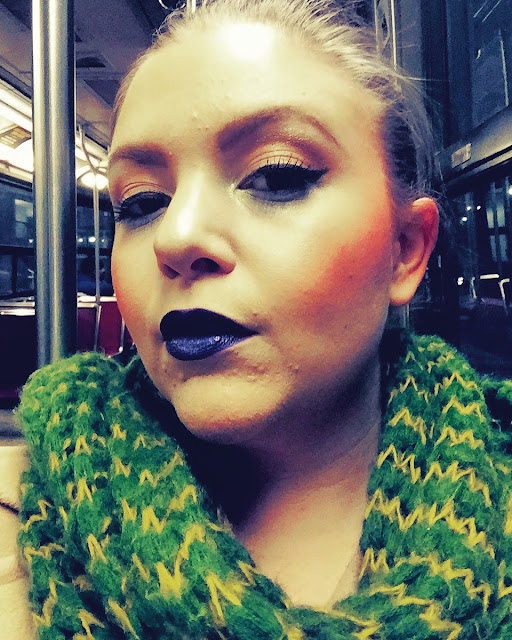 I hope you enjoyed my little, colourful tribute to David Bowie. Definitely not my usual makeup look and, if you're not really a fan of or familiar with him, certainly something that's really out there. But I found it to be an incredibly fun and therapeutic task for me in the wake of this very sad loss. Plus, who doesn't want to channel their inner alien-glam-rock-goddess every now and then!?

Have an amazing weekend! xo