Hi, everyone! The first time I watched Adele's video for "Hello", I thought "ah, this isn't as catchy as her earlier songs". Famous last words, as the song seems to have been using 75% of my cognitive space since that time. Ok, more infectious as I first thought! In addition to the song, I, like many out there, were also transfixed with Adele's flawless makeup in the video. From the perfect winged liner to the killer contour, she looked incredible! So I decided to use this makeup as inspiration for a Look of the Day. Since "Hello" was shot in black and white, I thought I'd portray my homage to Adele in the same palette. 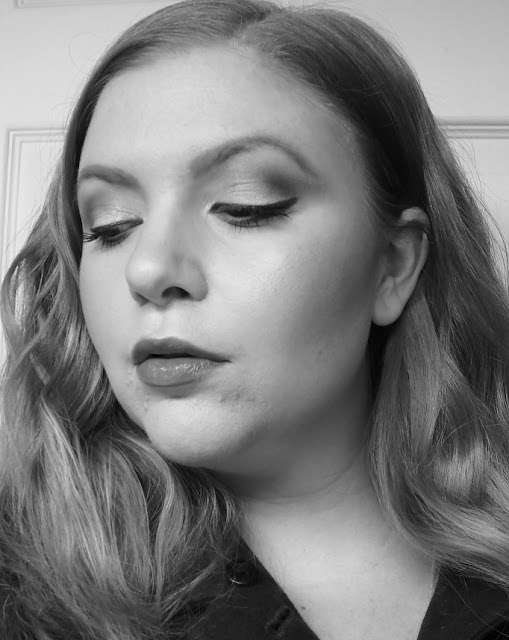 For reference (in case you haven't been watching the video on loop), here's the Adele "Hello" look. As you can see, it features winged liner (not too dramatic, but not subtle either), defined brows, clean lids with a shaded crease, lush lashes, contoured cheeks, and nearly-nude lips.

And here is my take: 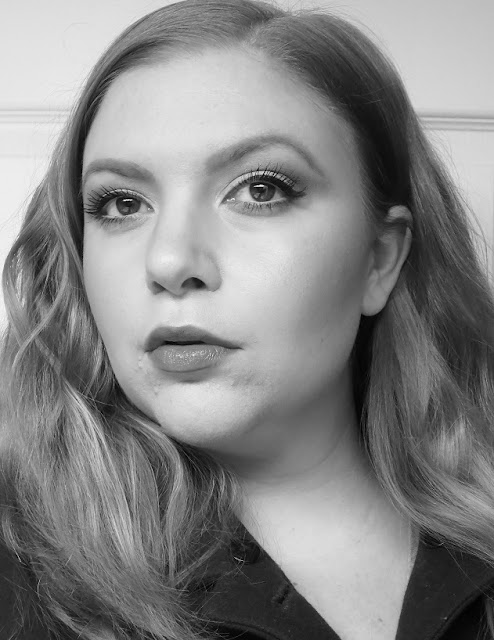 In the video, Adele's complexion looks quite natural, neither too matte nor two dewy. To mimic this, I used Make Up For Ever's Ultra HD foundation, setting it with Hourglass Ambient Lighting Powder in Dim Light. To create dimension, I dusted MAC Mineralize Skinfinish in Lightscapade to the high points of my face and channeled Adele's bold contour with NYX Powder Blush in Taupe along my jawline and underneath my cheekbones. I also ran Taupe down the sides of my nose, as Adele seems to have some shading there as well. There doesn't seem to be any bold blush happening in the video, so I applied just a soft touch of MAC Mineralize Blush in Dainty to the apples of my cheeks.

For the eyes, I created shape with just three shades. I first applied a gently shimmery ivory shadow all over my lid (the ivory from Chanel's Tisse Fantaisie Quadra Shadow Quad) and then started to add dimension with MAC's Ground Brown shadow in the crease, blending outwards. For further depth, I mixed MAC Eye Shadows in Concrete and Carbon precisely to the crease, concentrating on the outer half. I also softly smudged Concrete along my lower lash line. For liner, I used Bobbi Brown Long-Wear Gel Eyeliner in Black Scotch to my upper lash line (winging it out gently) and lightly along my lower lash line, focusing on the outer half. I also lined my waterline with NYX Wonder Pencil in Light to emulate Adele's bright eyes. I then finished off with two coats of lengthening mascara (an affordable wonder from the Born Pretty Store).

The final touch was the lips! Adele's pout seemed to be light, but not totally nude, so I first lined and filled in my lips with MAC Lip Liner in Whirl, a neutral muted rose. I then topped that with MAC Satin Lipstick in Brave, a neutral mauve pink. And voila!

Here are a few more shots of the look, followed by a full breakdown of every product I used: 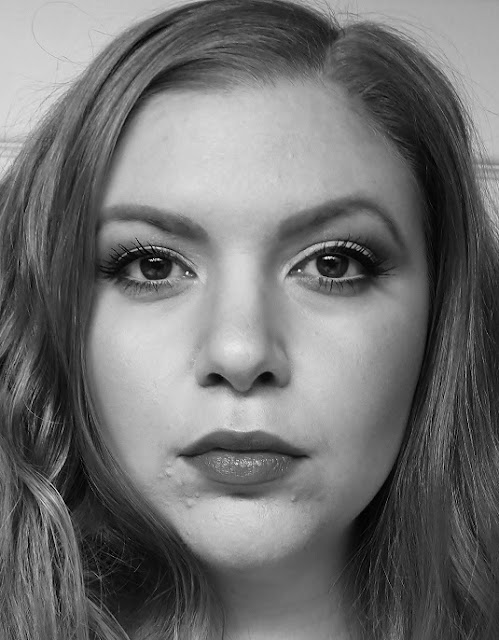 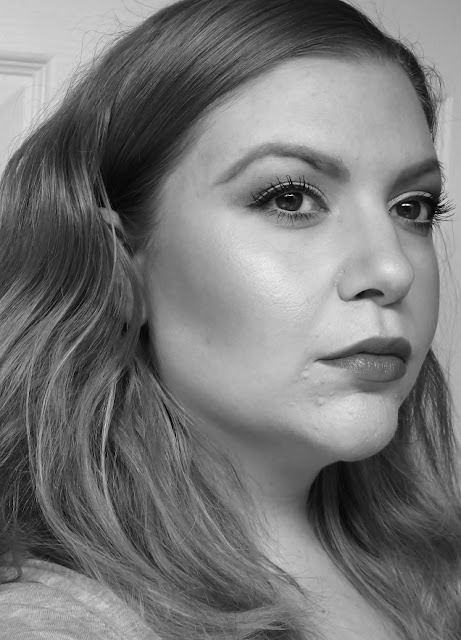 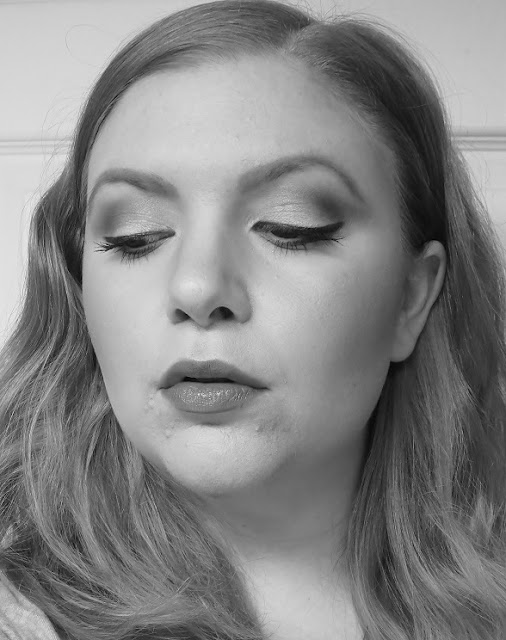 
And a few more shots of the look (in full colour!): 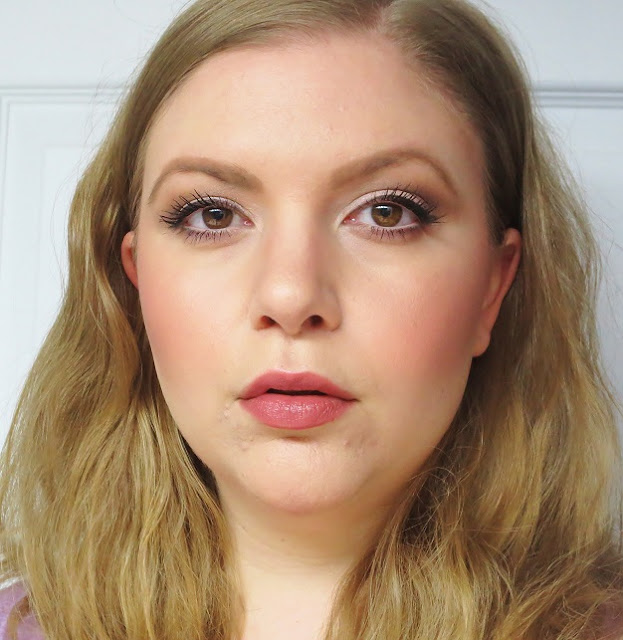 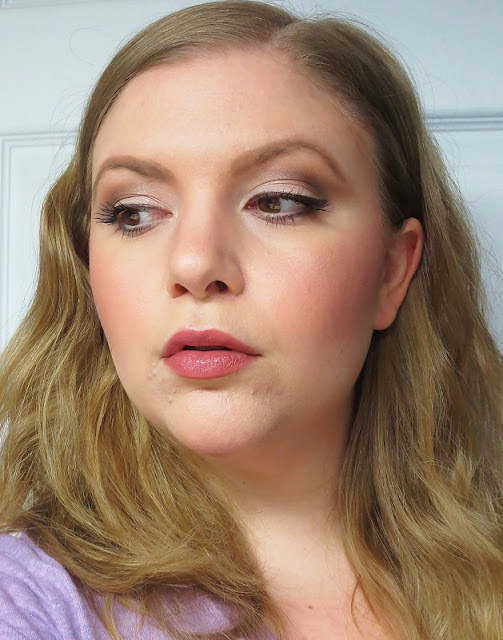 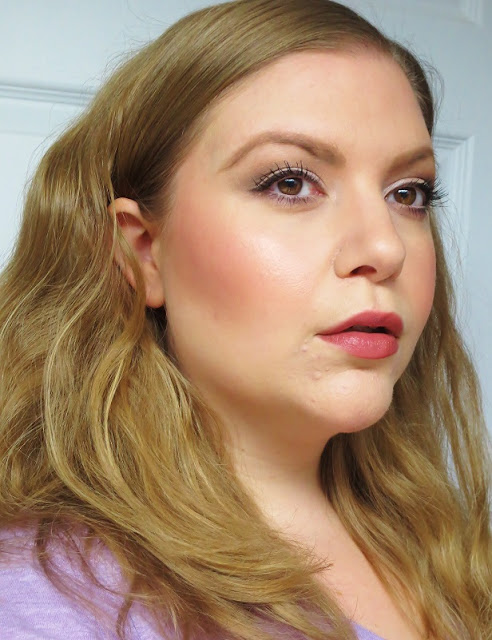 This actually wasn't the first time I re-created an Adele-inspired makeup look (you can check out my previous attempts here and here) and this time around was just as fun. I connect so much with Adele's signature makeup look- the winged liner excites my love of vintage style and the contour and semi-nude lips add fresh modern touches. Since I cannot emulate her incredible voice (though I really do try, to my boyfriend's dismay), I'm always happy to channel her makeup. It never lets me down!

Have you ever attempted to create an Adele-inspired makeup look? Have you been watching/listening to "Hello" on repeat? What celebrities inspire your makeup most?

Thanks for stopping by! xo