Hello! Hope all of you are surviving these frigid temps! And if your climate isn't ice-bound, could I please come over? ;) In my past two posts I've shared with you some shots from Day 1 and Day 2 of my recent trip to NYC. Today's features- you've guessed it- pictures from Day 3!

Our third day was especially chilly- New York got almost a foot of snow overnight- so we sought refuge in two of the city's greatest museums.

The latter part of the day took us to the Museum of Modern Art, where we took in some Warhol, among other greats: 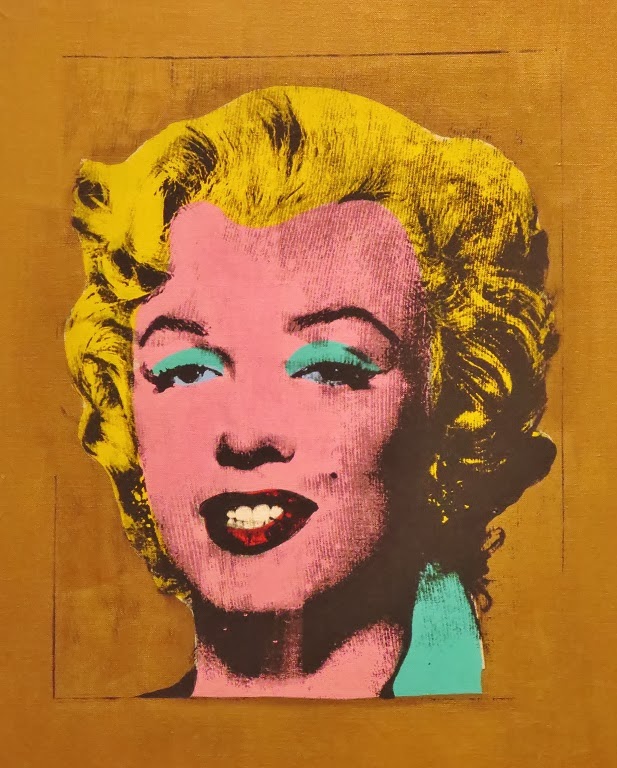 And the morning brought us to the Metropolitan Museum of Art, where we got glimpses of some breathtaking ancient artifacts and artwork, including this South Asian beauty: 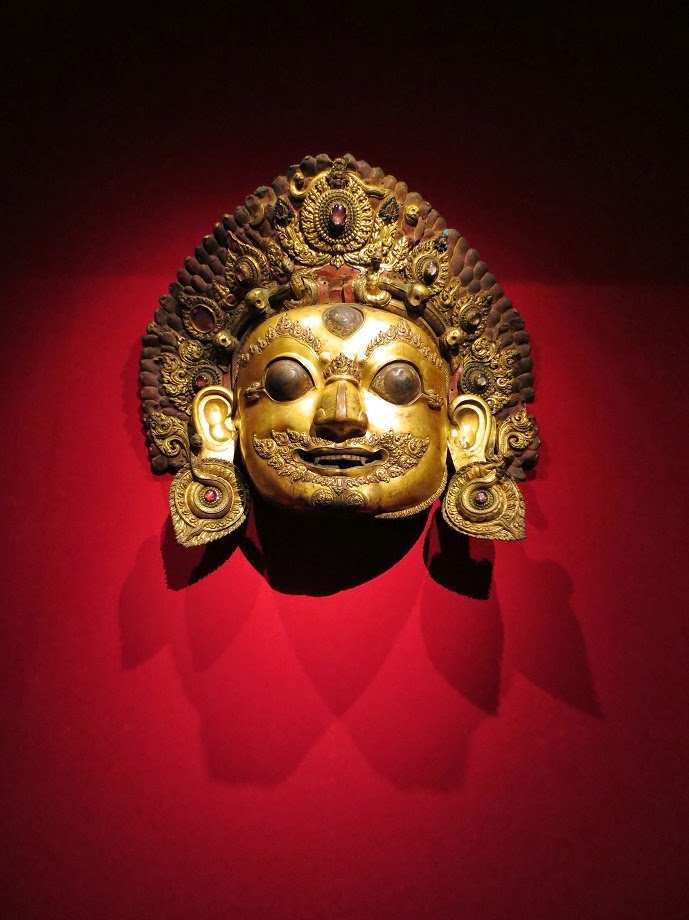 But again, let's start at the beginning! Here we are heading down in the hotel elevator. There was a mirror on the ceiling, which made for a great opportunity for a fun shot: 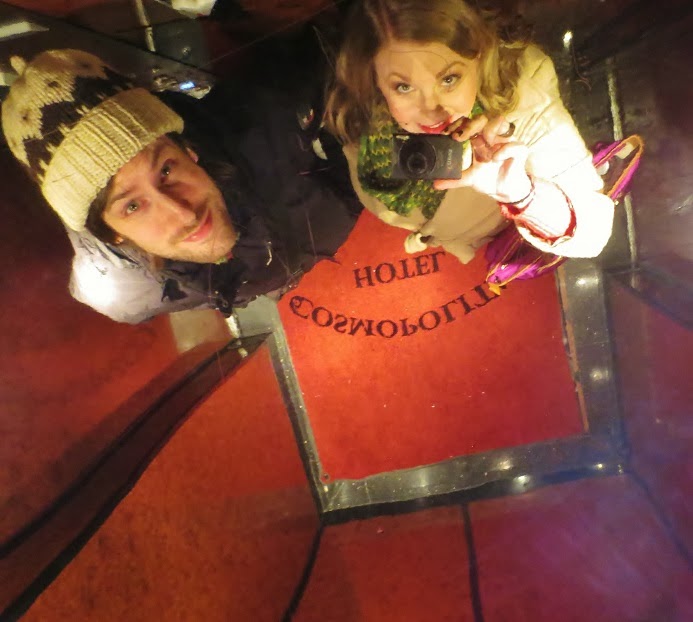 We started our snowy day at the Met, which has beautiful arches and domes. Just the architecture looks like art! 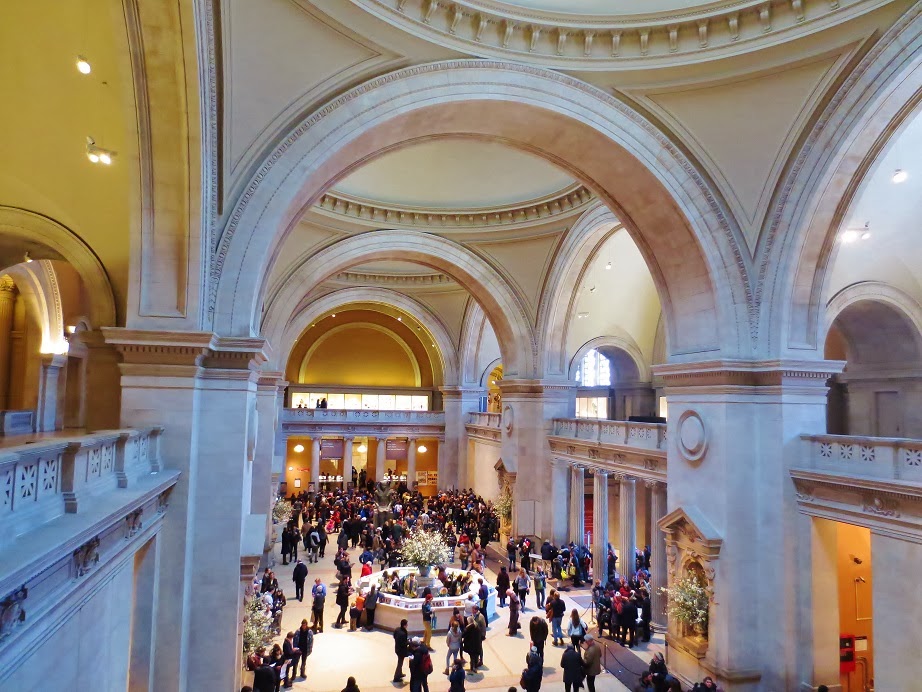 There was an impressive amount of ancient Egyptian art, including this handsome couple... 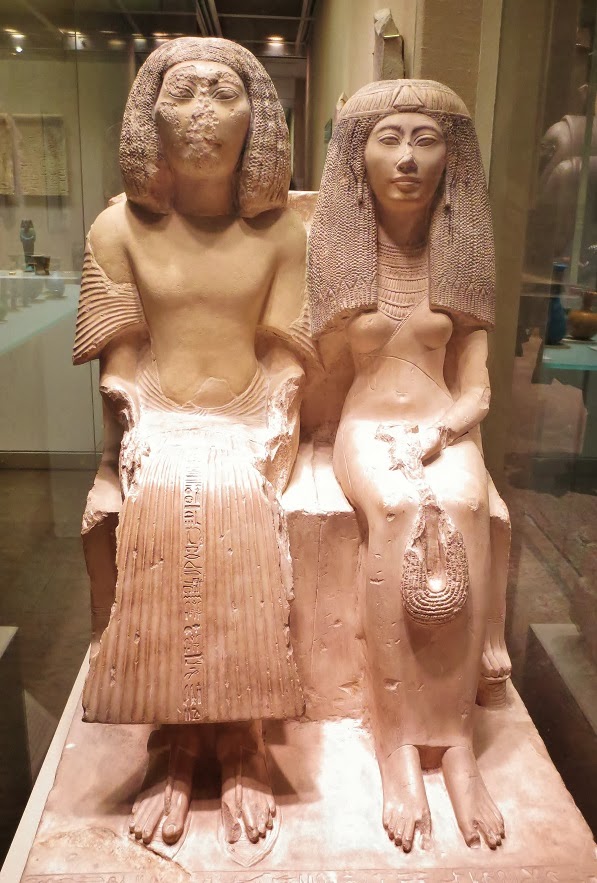 ... and this beautiful bust: 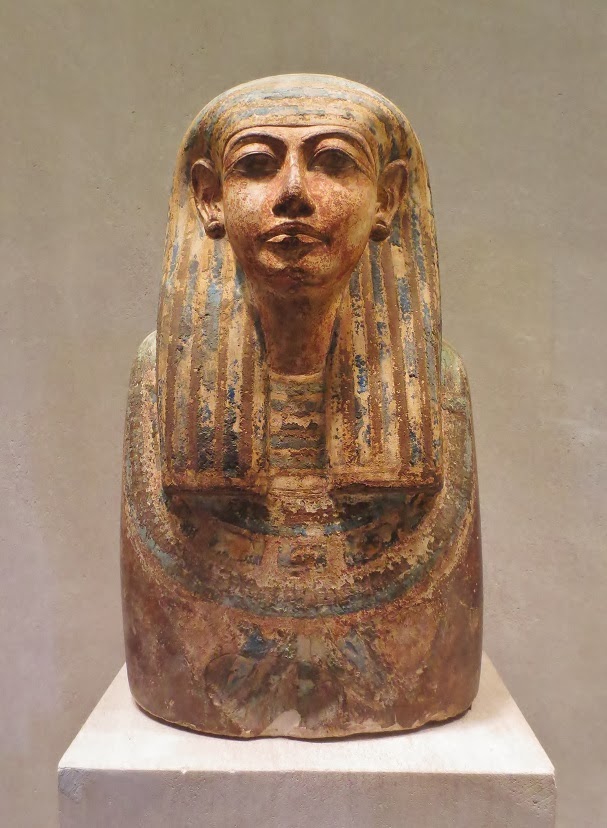 There was also some wonderful British and American sculpture, including this double-finned mermaid... 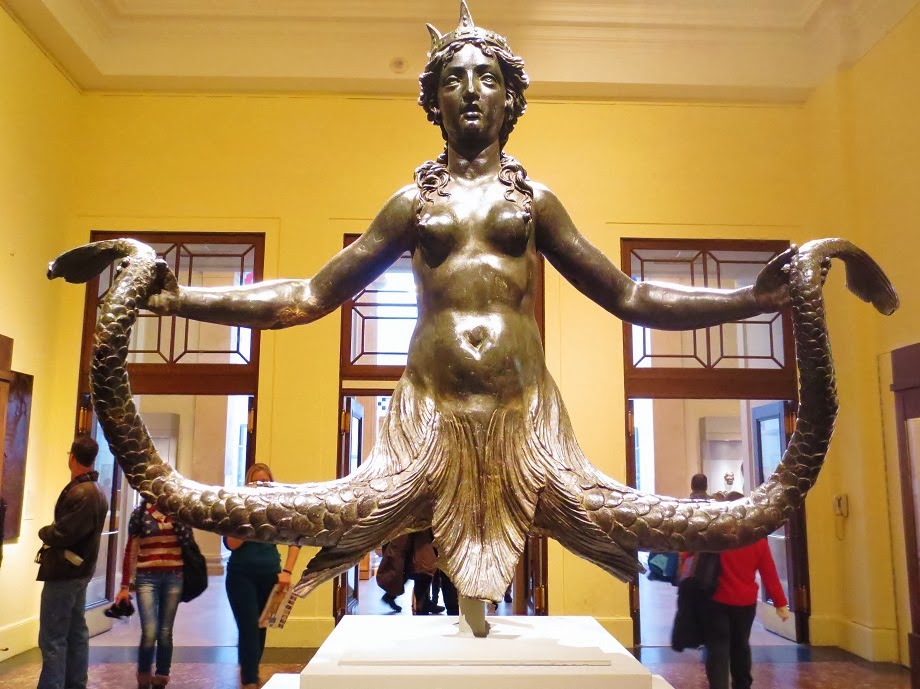 ... and this graceful archer: 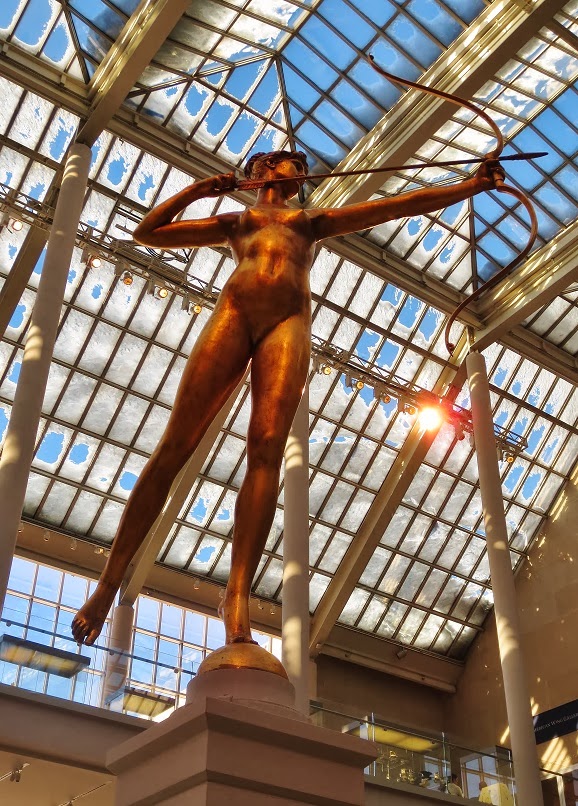 After leaving the Met, we took a brisk (and I mean brisk!) walk alongside the East side of Central Park. It was a snow day for students in NYC, so children were out tobogganing, all bundled up. The park looked lovely blanketed in snow, highlighted by bright sunshine: 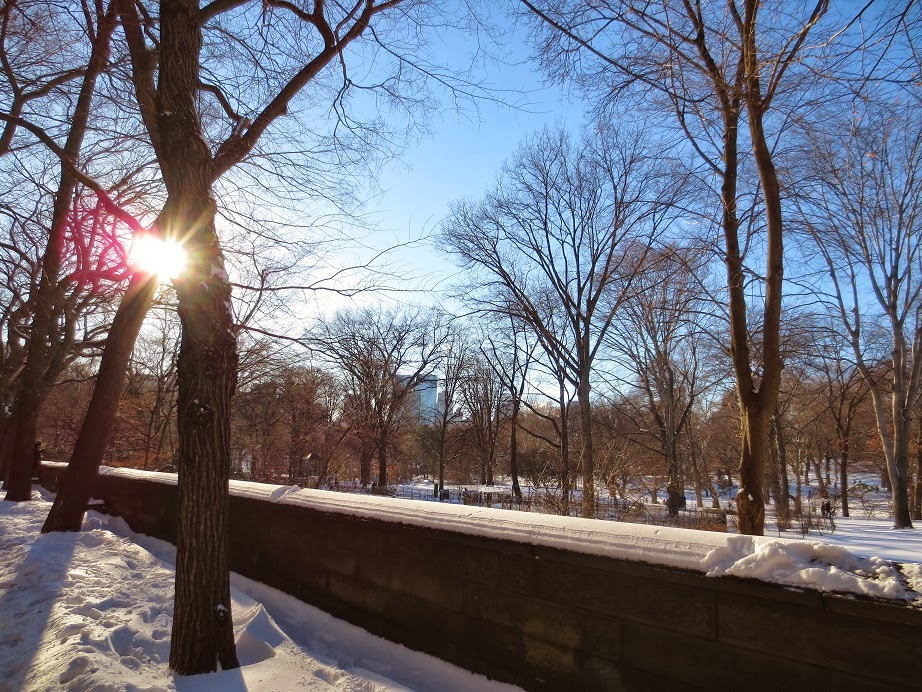 As we approached Central Park South, the skyscrapers re-emerged and we found a nearby lunch spot. 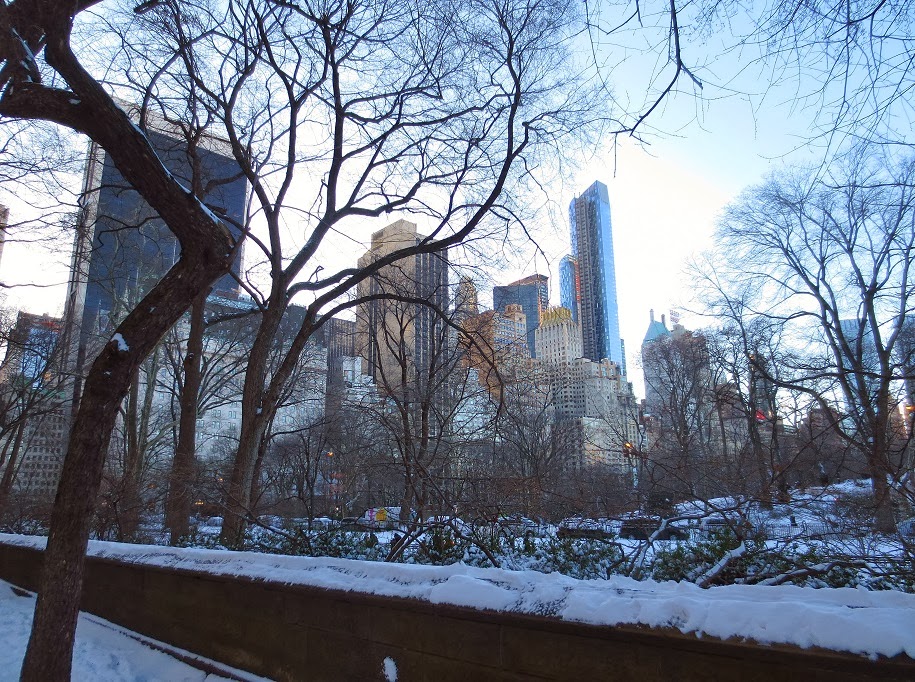 While eating lunch, we noticed that the legendary FAO Schwartz toy store was across the street! The coolest part of the store by far was the Muppet Whatnot Workshop. It lets you customize your very own Muppet! I passed for now, but am determined to do this one day. So ultra fun! 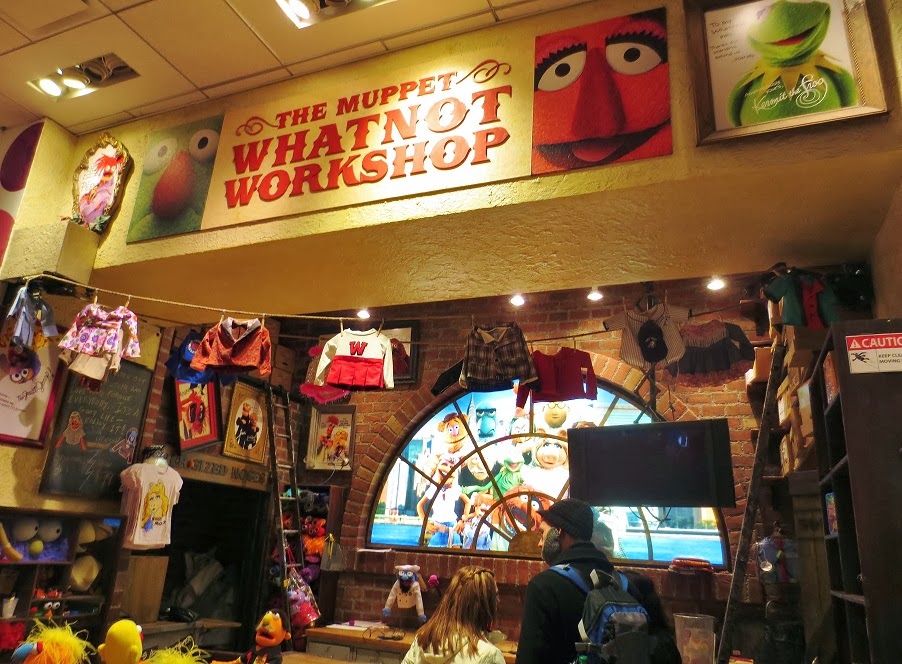 And of course we had to stop by the famous Big Piano! 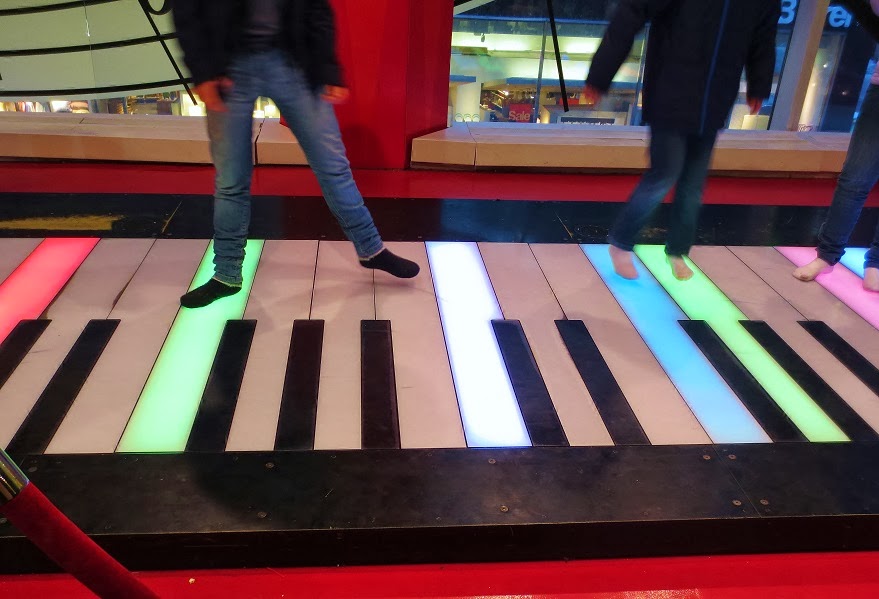 We then walked up to Barney's (which I unfortunately didn't photograph, but did much enjoy!), passing the beautiful Peninsula Hotel along the way: 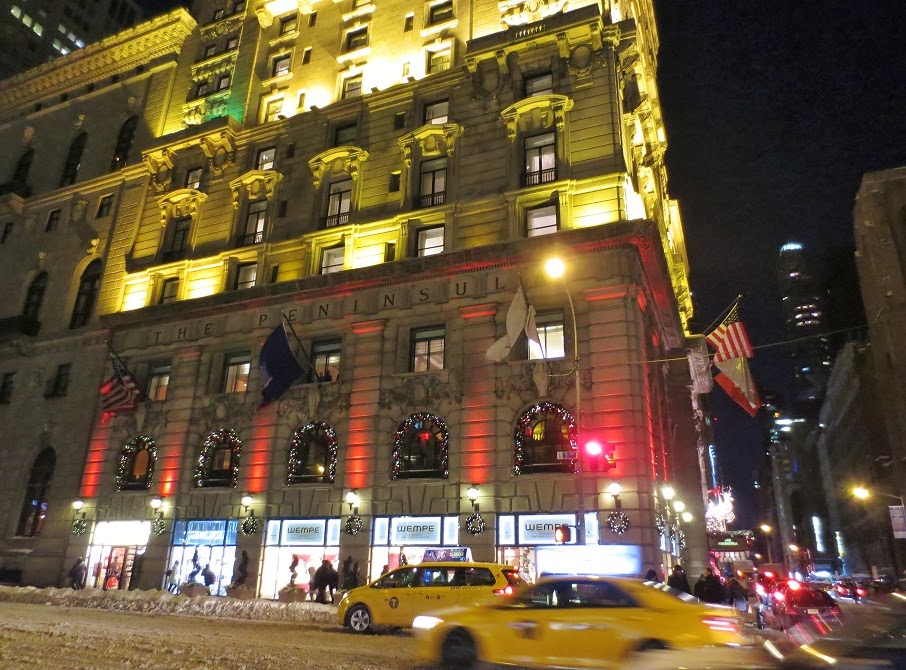 We then went to my favourite museum, the Museum of Modern Art. It features so many iconic pieces of art from the 20th century's most creative minds. One of these was Andy Warhol's Campbell's Soup Can series: 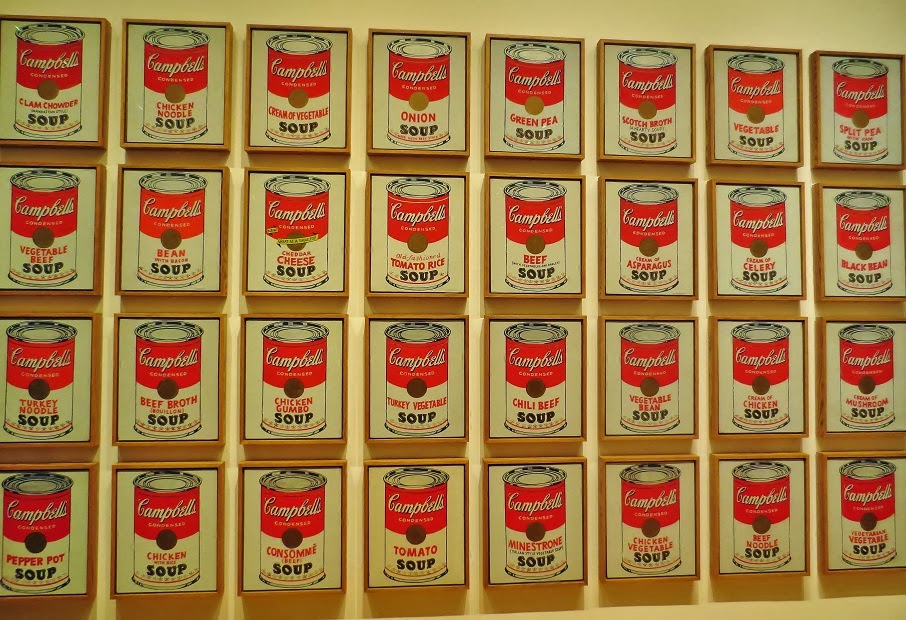 And nothing more fun than getting lost in a Jackson Pollock: 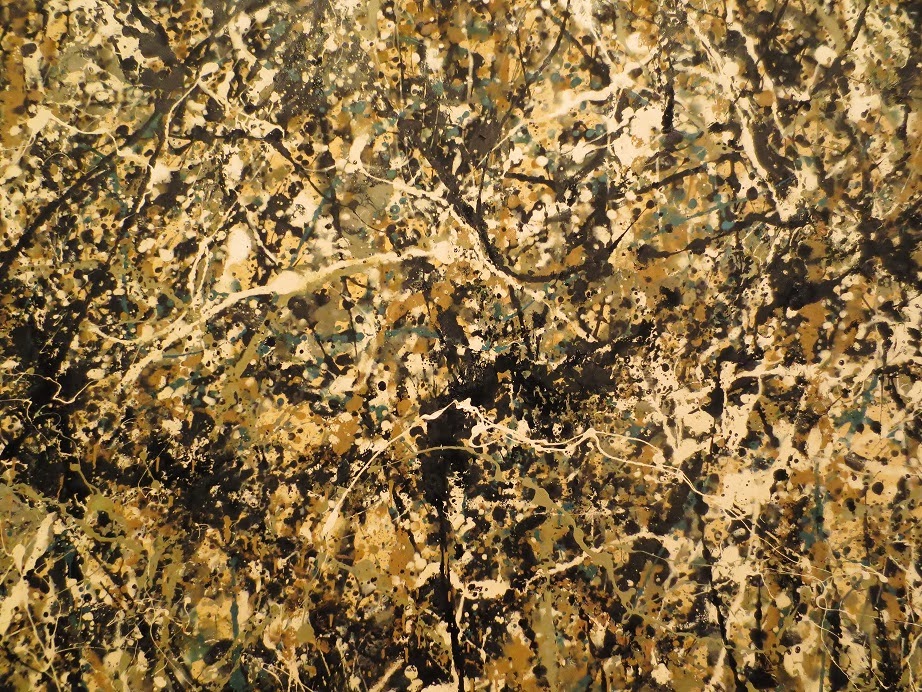 One of Picasso's most famous: 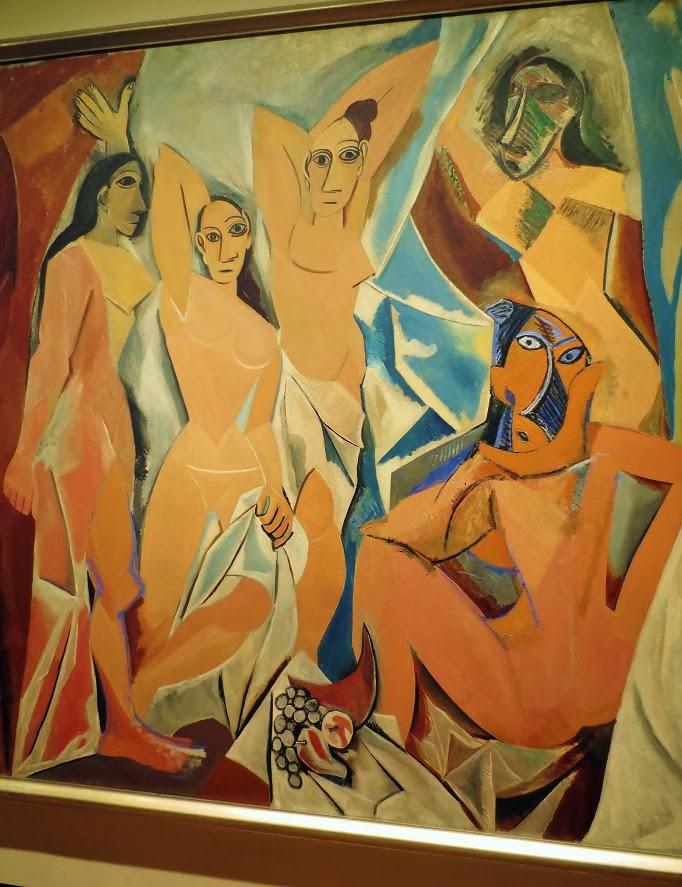 And my favourite Picasso, the Three Musicians. Has so much character! 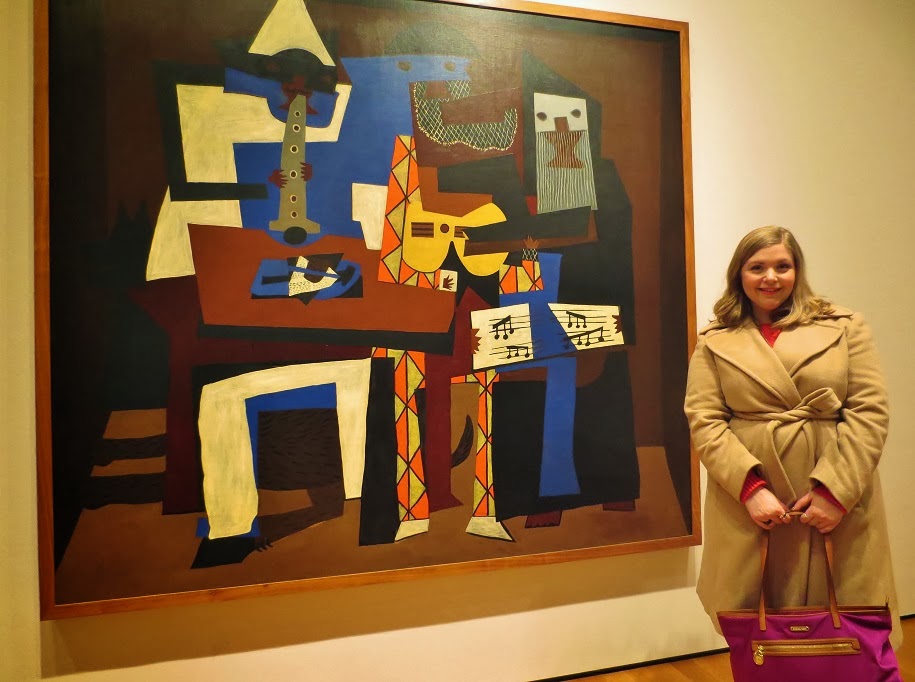 And who can pass up Monet's Water Lilies? 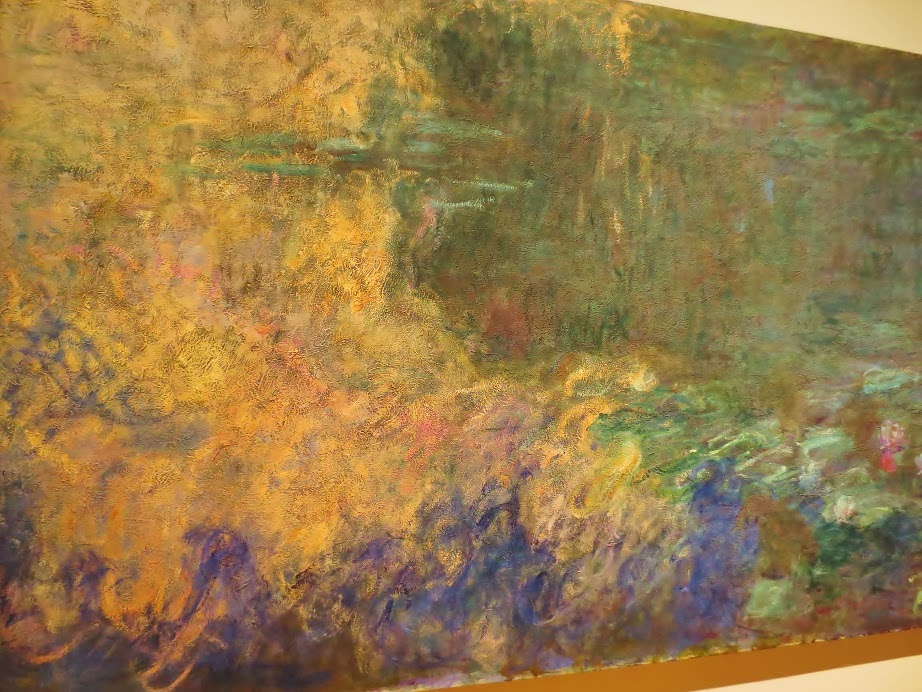 After leaving MoMA we headed back down to Tribeca for dinner. My boyfriend found an incredible Indian restaurant near our hotel. It was a delicious feast! 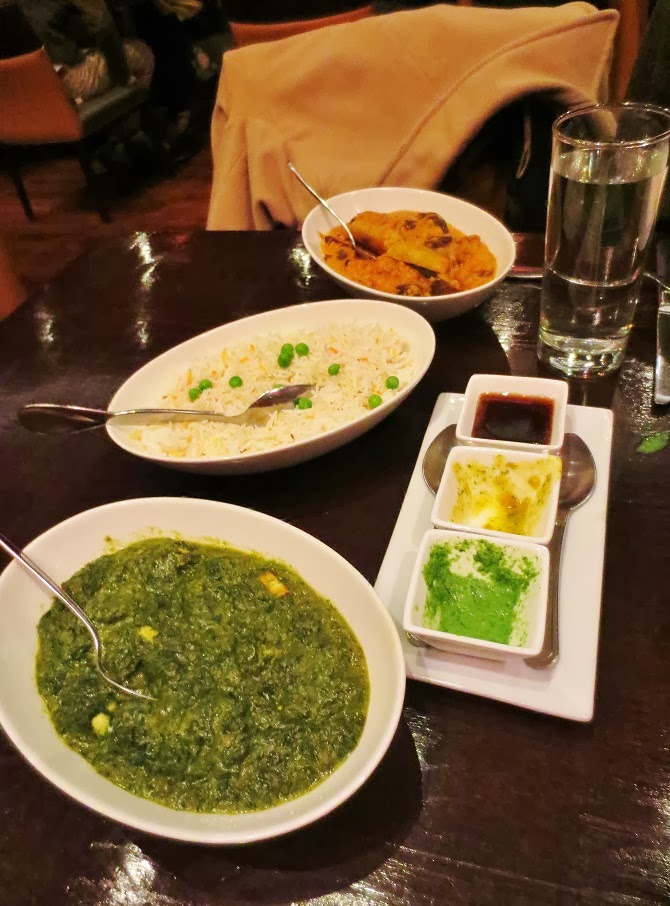 And there you have it, Day 3 in the Big Apple! All the museum trolling and park walking was pretty tiring, but we took in some wonderful sights!

Stay tuned tomorrow for pictures from my fourth and final day in NYC. Hope you're enjoying these posts so far!xo