Hi, everyone! If there's anything to re-ignite my passion for makeup and for sharing this passion with you, it's attending IMATS. The International Makeup Artist Trade Show hits Toronto annually and is all about the craft of makeup artistry. It features makeup talks and demonstrations, artistry competitions, and the opportunity to purchase hard-to-find products at exciting discounts. What's not to love? This year's IMATS was extra special because I originally did not think I'd be able to make it, but thanks to the generosity of a friend, I was able to attend all afternoon on Saturday. It was an unexpected treat and I tried to squeeze every last moment! This was my fourth consecutive year attending (and my fifth show overall, as I was lucky enough to attend the NYC show in 2016) and I was just as excited this time around as I know the vendors, demonstrators, and creative atmosphere always fuels my love of the craft. 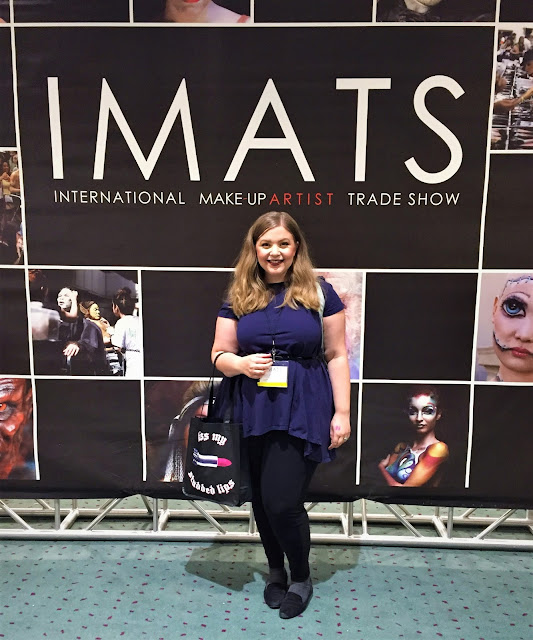 This year's IMATS was held at the Metro Toronto Convention Centre, as it has in previous years, returning to one of the smaller subterranean halls in the complex. It was slightly smaller, though also somewhat less crowded than previous years, but it wasn't without its long lines! My first stop of the day was at the Kat von D Beauty booth, which had me in line for about half an hour. I chose to wait at this vendor because the Kat von D booth was a highlight of last year's show for me- the discounts were pretty great, the booth was decked out in all kinds of gothic glam, and I have absolutely loved the products I snagged at last year's show, so I was eager to add to my collection! This year's booth touted the brand's new fragrance duo and had a plush, pleather couch to lounge on before buying. 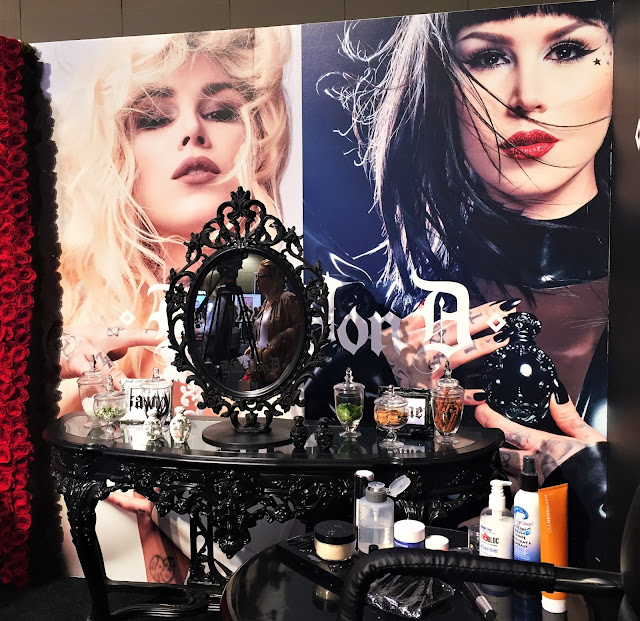 After Kat von D, my next stop was Suva Beauty. This was the brand's first time exhibiting and the Toronto show and I was super eager to check them out because of their vibrant shade range and the intense pigmentation of their shadows. Their booth was indeed a display of bold, vivid colour and I was happy to delve right in! 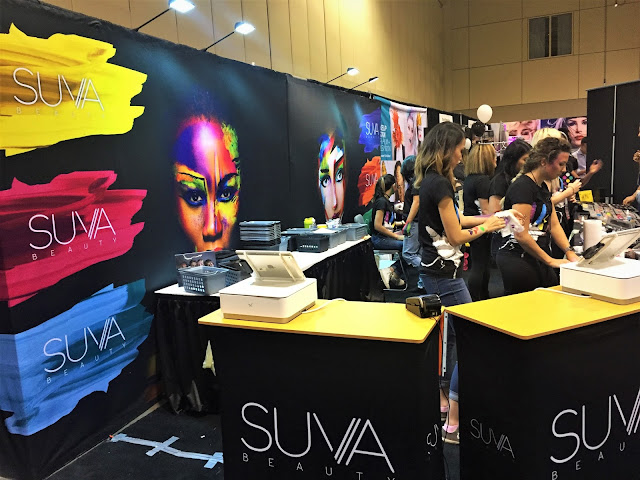 They were offering pre-made palettes as well as single shadows that you could customize into your own 4- and 8-pan palettes. They were offering their US prices in Canadian dollars, which led to a savings of about $3-4 per shadow, which was great! 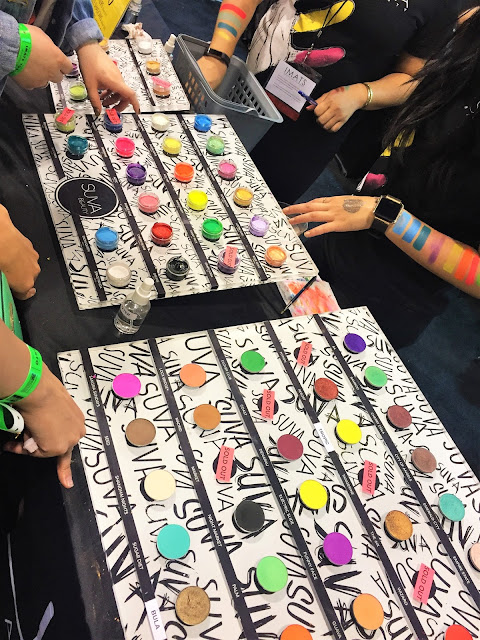 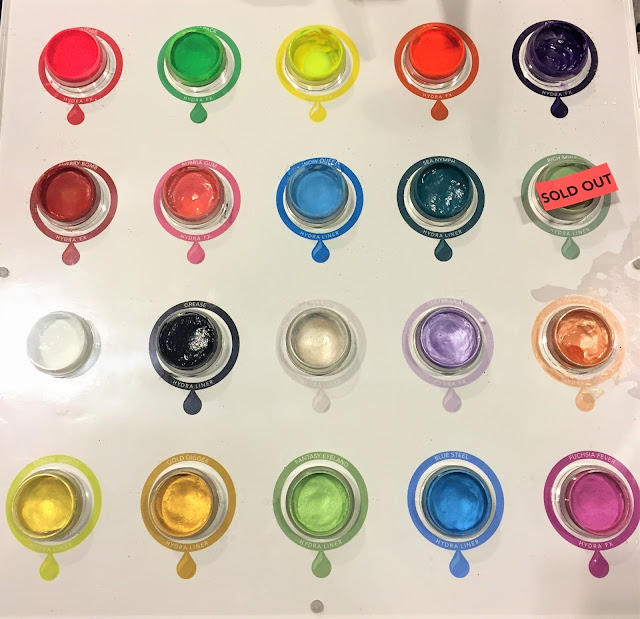 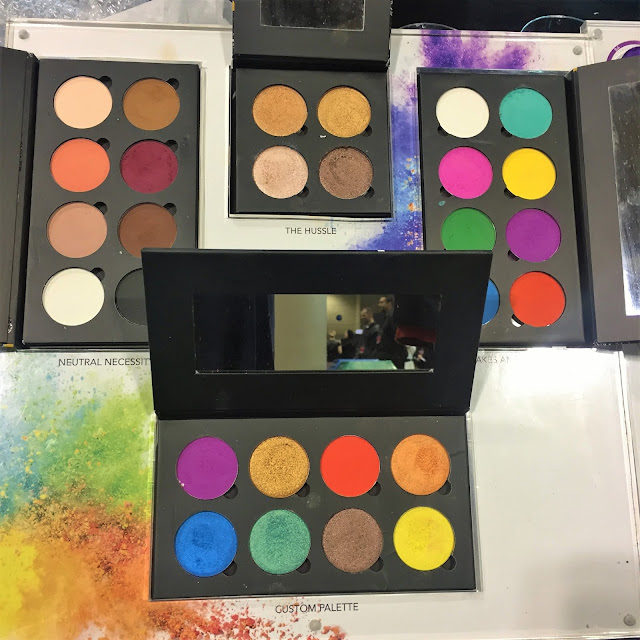 My stop at the Suva booth was a true swatch-fest and I have this photo to prove it! 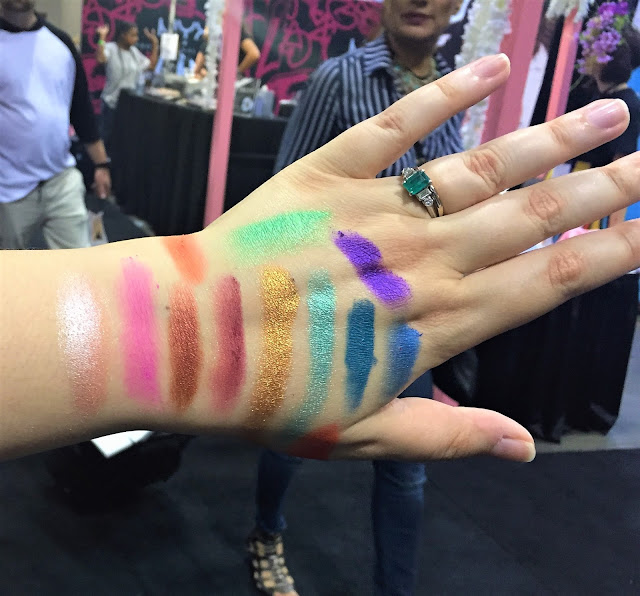 Stop three was the Lit Cosmetics booth. Lit is famous for their immense selection of colourful glitters, which my friends have been praising for years. I finally took the plunge into the brand and I can't wait to give them a go! The brand was featuring their new Lit Metals, glittery metallic shadows that are activated with water or glitter base/mixing medium. I opted for three of these, since they felt lower-maintenance than standard glitter, but were just as dazzling! The brand was offering a fabulous 3/$30 special and were adding an extra full-sized freebie for blogger and other press. A perfect deal for a proper introduction to the brand. 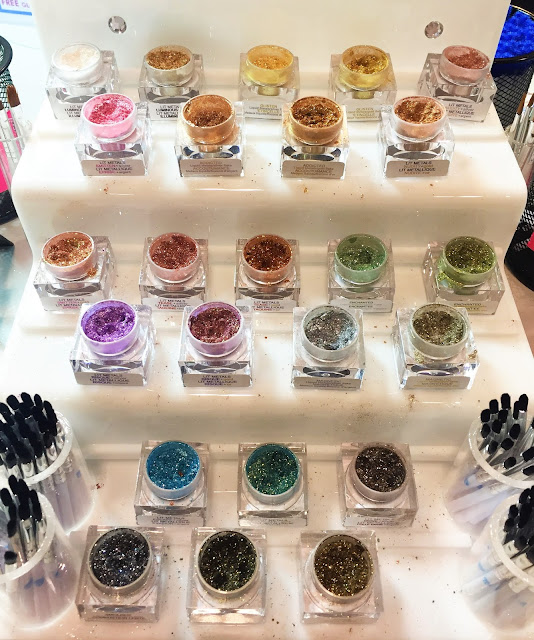 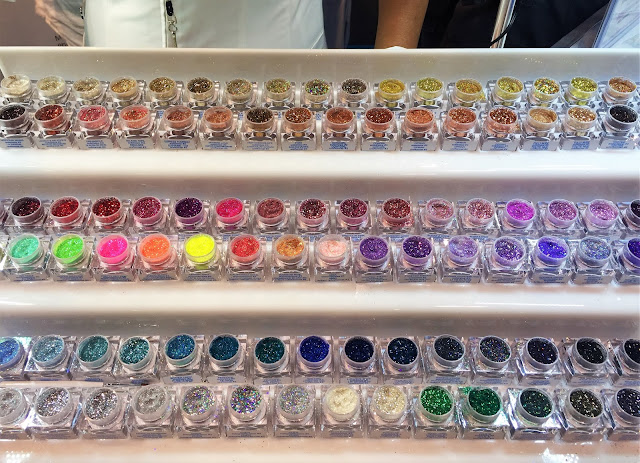 Other bustling booths of note were Inglot (staffed by my lovely blogger buds Maggie from JustEnufEyes and LJ from AnythingButMarzipan).... 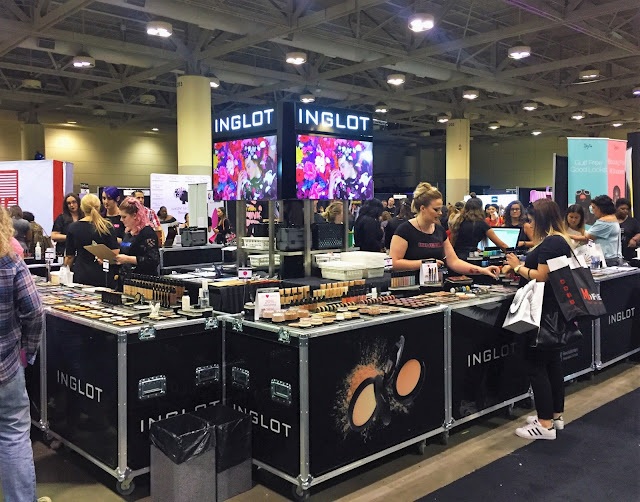 And the Make Up For Ever booth, which had a huge line as always... 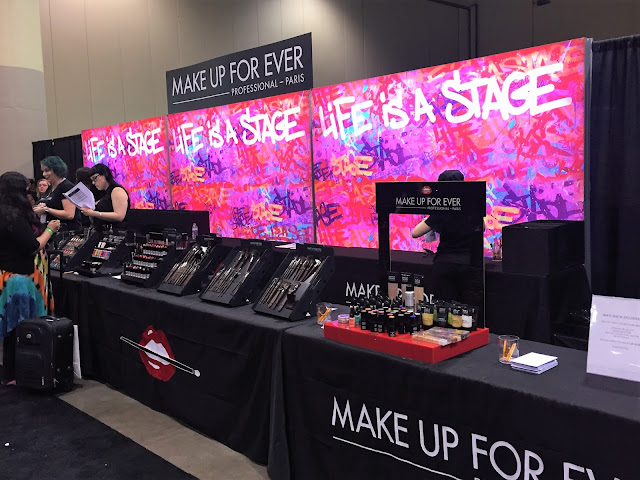 ... and also a colourful mural hand-painted by brand founder Dany Sanz herself! Bummed to have missed her performance, but the painting was quite the sight. 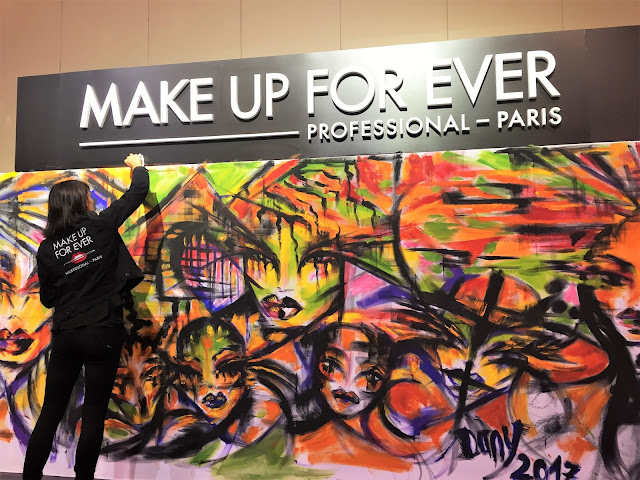 And like all years, there were dozens of other vendors selling all kinds of beauty supplies including lashes galore, hundreds of brushes, and body paint in every neon shade you could imagine. 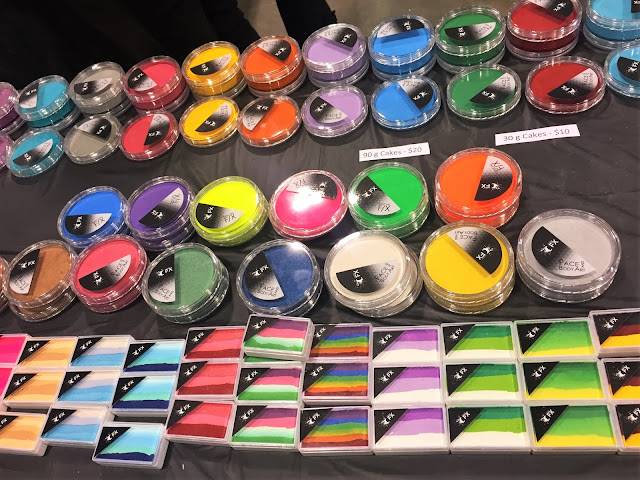 Another huge part of my enchantment with IMATS is the amazing special effects makeup artistry coming to life throughout the show. This year I had a chance to chat with this lovely monster, who happened to be the model of the winning Battle of the Brushes competition. So fierce! 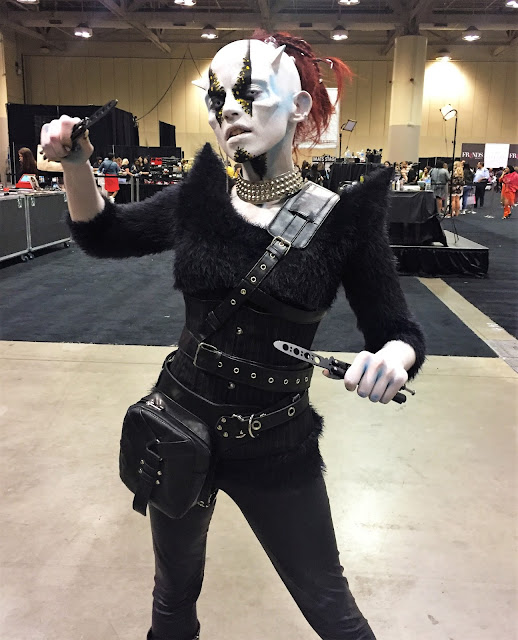 I also stumbled across this stunning mermaid, who was eager to take a selfie. Only at IMATS! 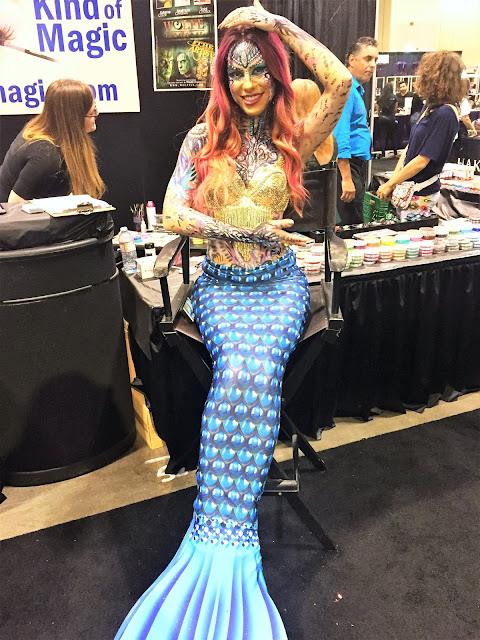 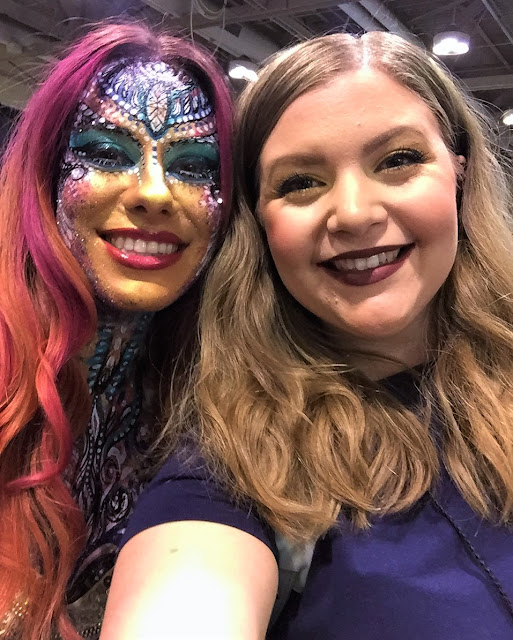 There were also some spooky and gory special effects creatures on display, which are always such a treat to see in person. 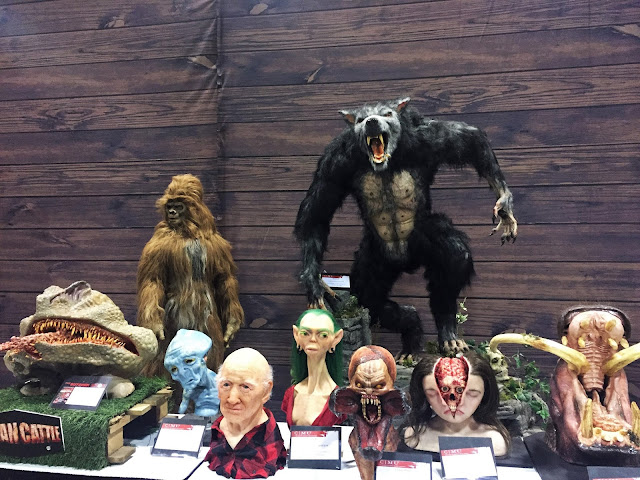 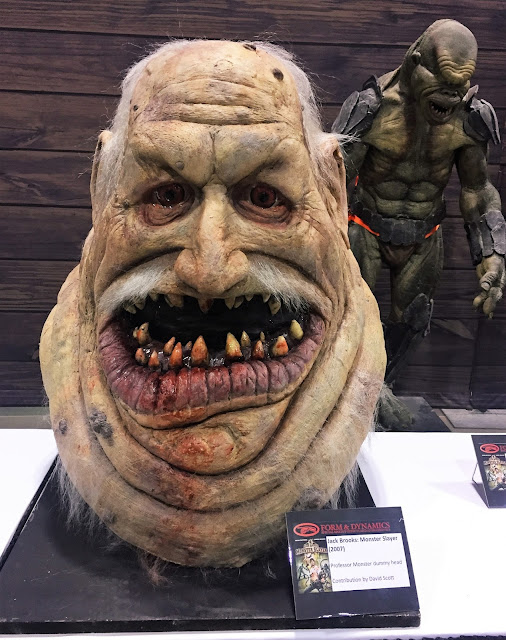 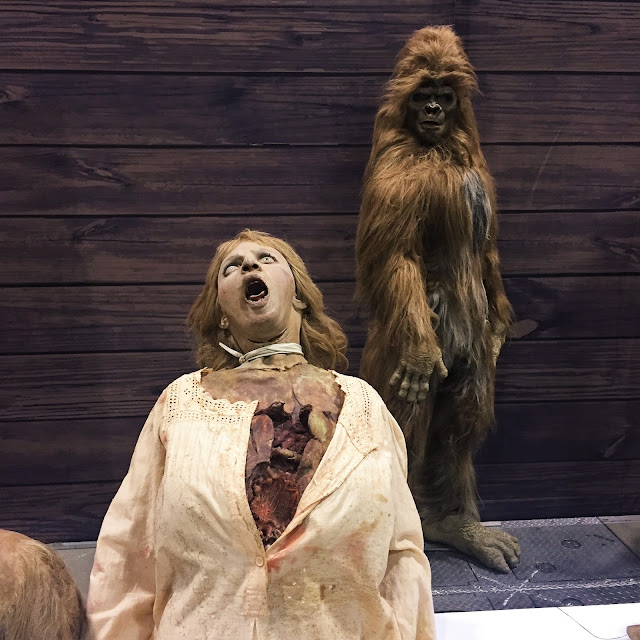 Another aspect that makes IMATS special are the live makeup demonstrations by makeup pros from all areas of the industry. This year, I was lucky enough to get to watch Kelseyanna Fitzpatrick in action. She is the one of the badass key artists behind the Kat von D Beauty brand whose gory-glam style is totally up my alley. Her demo was actually a work of performance art with bold, emotional music that focused around the creation of an editorial look that was ghoulish and glam, like an oil painting brushed with blood and glitter. It was truly mesmerizing to watch! 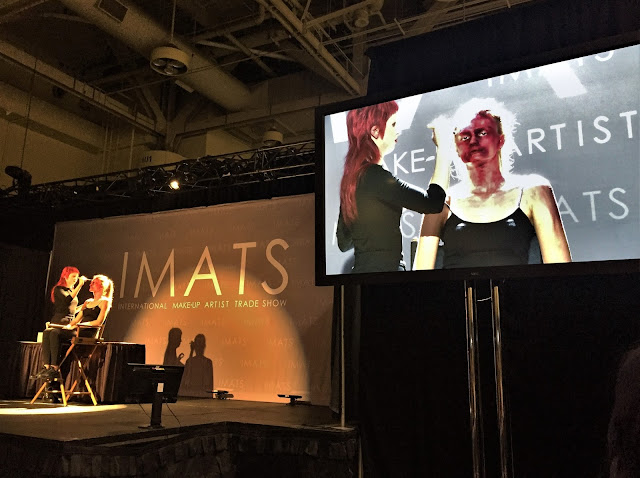 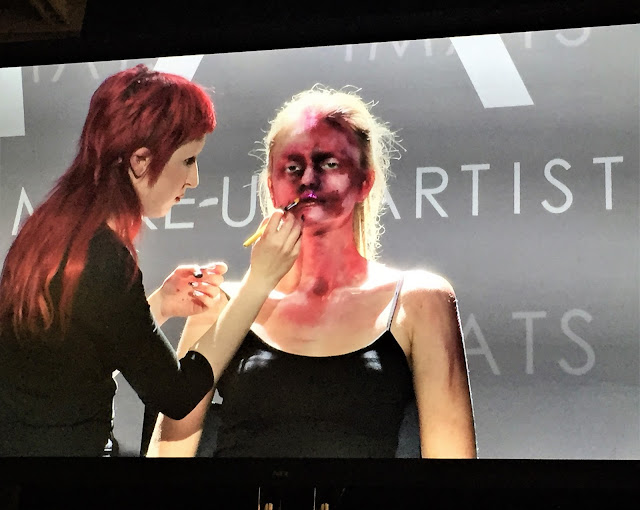 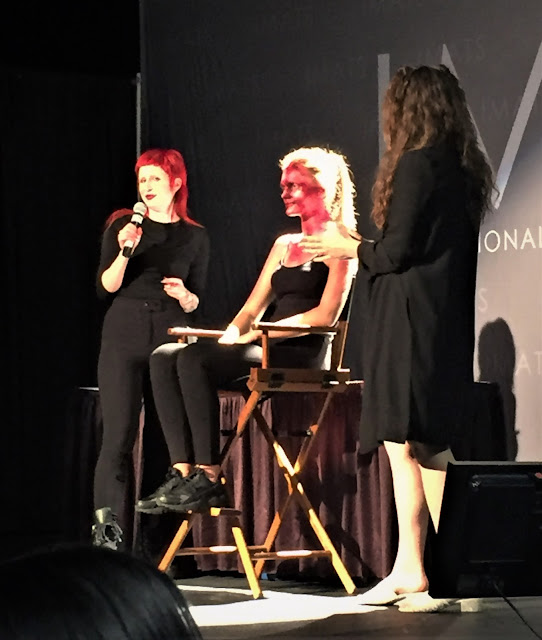 And there were plenty of other makeup artists doing their thing around the showroom like legend Eve Pearl, who seemed to be doing a live demo for television. 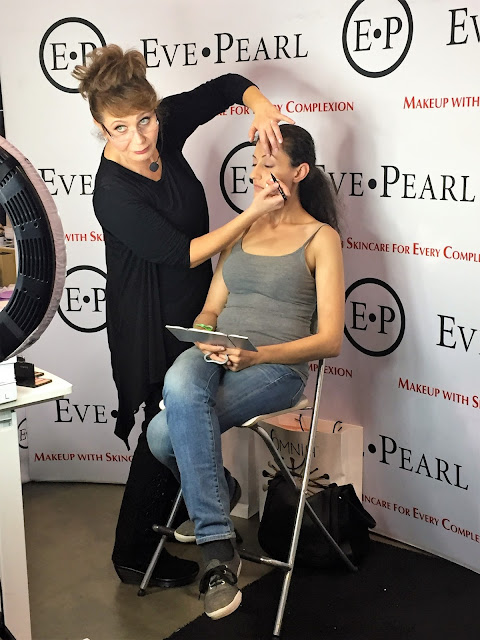 And not to be cheesy (but who are we kidding, I'm cheesy), IMATS would not be half as fun without my friends. It had been far too long since I'd spent some time with my blogger babes, so it was a delight to catch up with and revel in makeup geekery with them :) 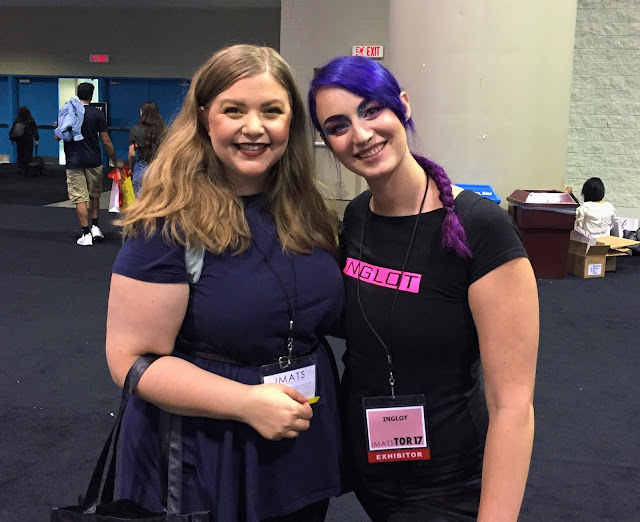 And for someone who got to attend at the last minute, I did end up with a fairly epic haul. Stay tuned for my next post to get a full rundown of what I picked up! 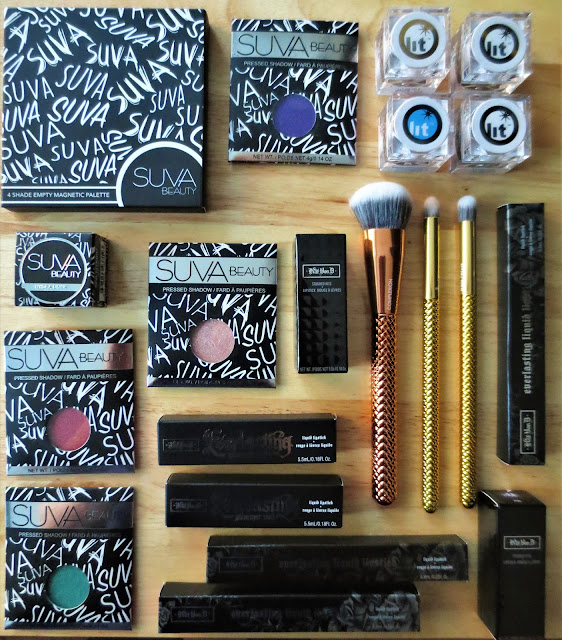 Thanks so much for stopping by! xo