Hi, everyone! Sorry for the lack of posts this week. I've been a busy bee at school lately, which has eaten up a serious amount of my blogging time (damn you, grad school!). But I'm back today with a review of a much hyped-about mascara, BeneFit They're Real!

This mascara has gotten an incredible amount of buzz since its release last year. While I'd heard countless raves about it, I'd come across several less-than-favourable reviews as well. Because of the latter, as well as my lack of enthusiasm towards BeneFit's other iconic mascara, Bad Gal, I was in no rush to see if They're Real! was the real deal.

But fate intervened when I received a mini-sized version of it in Sephora's birthday gift to me in May. I finally decided to take it for a spin a couple weeks ago and (sorry to ruin the suspense of the review) I've been loving it! 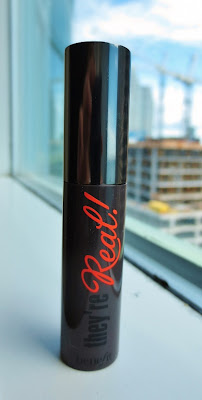 The mascara came in a mini grey tube with black and orange lettering and a reflective metal cap. The design and colouring of the packaging is not super eye-catching in my books, but...

the brush certainly is! I instantly noticed the unique design of the wand when I pulled it out the first time. The bristles are made of stiff, nearly sharp plastic and are dispersed regularly, but at varying lengths. 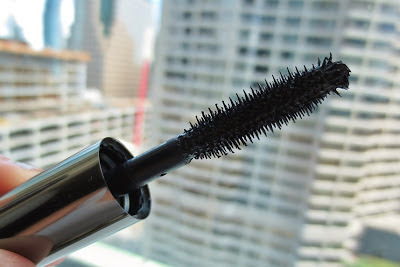 What's most novel is the end of the brush, which has an interesting rounded, spiky tip, rather than the usual tapered edge. These photos don't capture the shape perfectly, but hopefully you get the idea!

I was curious about the intended purposes of the length of the wand versus the tip (there's no getting around sounding dirty when talking about mascara; or maybe that's just me), so I ambled over to BeneFit's website for an explanation. The brand suggests that you use the brush horizontally (as you normally would with mascara) to create length and volume, then use the tip of the brush vertically to maximize curl and separation. I've been using that technique and it's been working quite well! 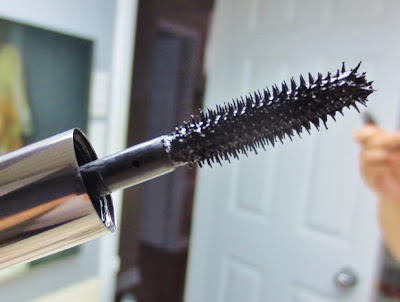 In terms of performance, BeneFit promises that They're Real! "lengthens, curls, volumizes, lifts & separates. Our jet black, long-wearing formula won’t smudge or dry out. A specially designed brush reveals lashes you never knew you had!" (from benefitcosmetics.com).

In my experience, all of these claims are spot-on! They're Real makes my lashes incredibly long and voluminous without getting clumpy, enhances the natural curl of my lashes, and is extremely long-wearing! I spent all of Sunday at an outdoor music festival. It down poured in a major way and my mascara remained completely intact. It was a makeup miracle!


Here are some "before" and "after" shots to give you a clear idea of how the mascara looks on my lashes: 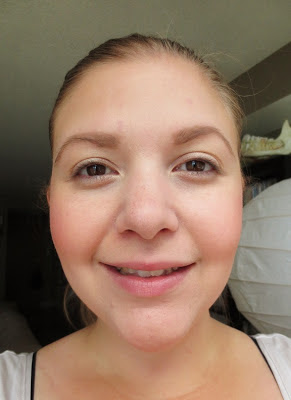 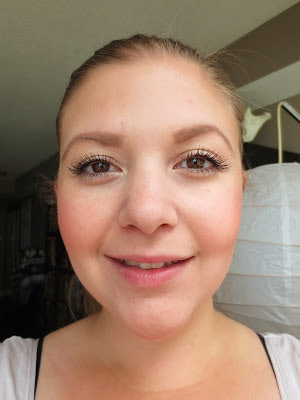 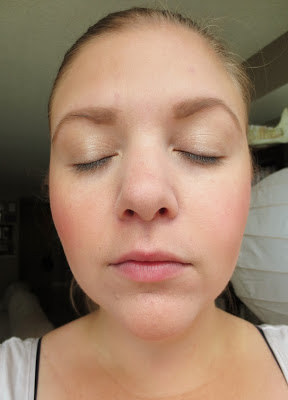 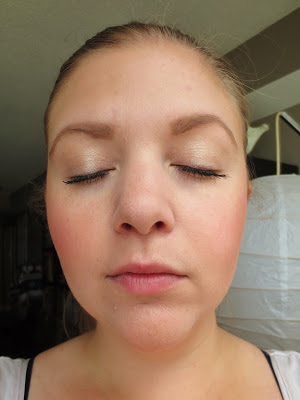 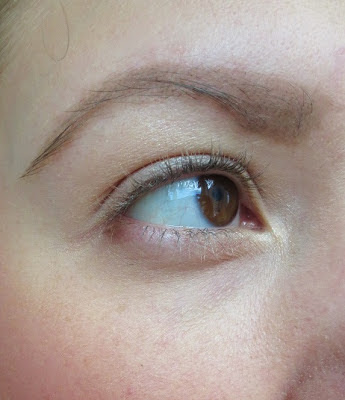 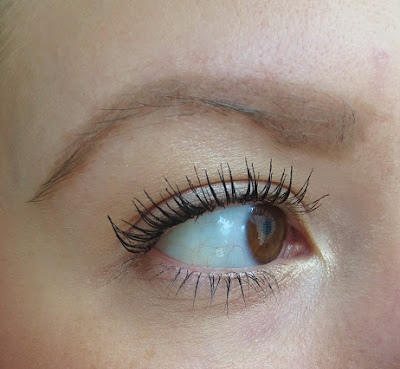 And a few more shots of how They're Real! looks on my lashes: 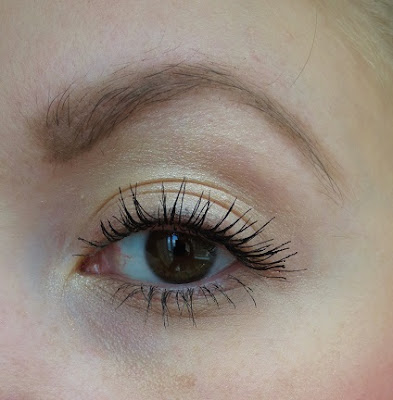 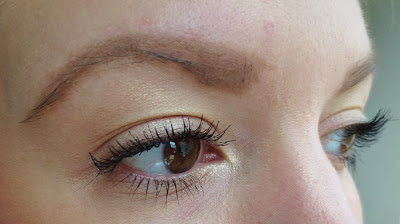 And in the context of an entire makeup look: 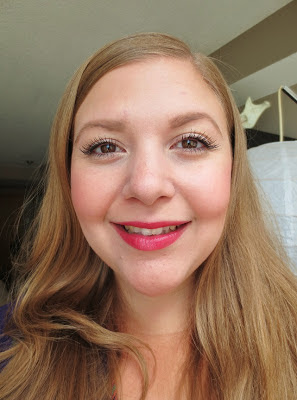 I've already gushed about this mascara- and the photos really speak for themselves- but there still are a mix of both benefits (pun intended) and drawbacks to They're Real! Here's a summary of my impressions:

Overall, I've been so pleasantly surprised with this mascara. It's really a winner in my books! Because I have other beloved mascaras that are at a much more reasonable price point (mainly Clinique's Lash Doubling and High Impact) I won't be rushing to buy a full-sized tube of They're Real! when the mini is done. But I will definitely keep it in mind when I'm feeling like splurging on my lashes!

Have any of you tried They're Real!? Thoughts? What are some of your favourite mascaras for serious curl and volume?